When Uploading Creatives containing HTML, CAKE Basic can attempt to Download the contained Images and change the HTML to show those Files as Relative Links rather than their Absolute Links.

Previously, all Images would need to be pre-Downloaded, and the HTML changed to reflect these new Relative Links. This new Process streamlines the addition of HTML Creatives to CAKE Basic by automating previously manual steps. 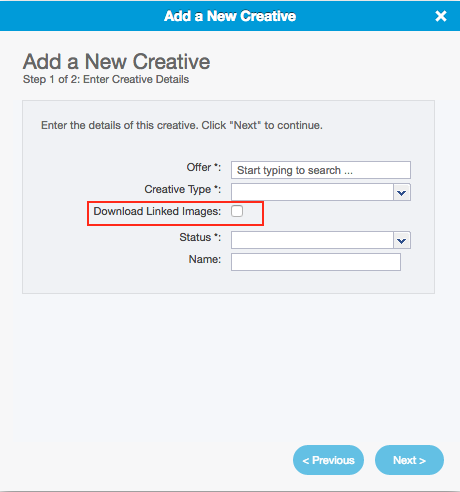 When Uploading Creatives via the Add Creative Wizard on the Offer Card, Download Linked Images will always been shown, regardless of Creative Type. TheCheckbox will cause CAKE Basic to investigate any HTML in your Upload, look for Images ("img src="), then attempt to Download those Files and attach them to the Creative.

After Upload, the Download Linked Images Window will be shown. All Files that were successfully Downloaded will show a Disposition of "Success - 200", with any other Disposition indicating a Failed Download.

In the above example, all of the shown Images except the first ("http://cakemarketing.com/images/text-perfomanced1.gif") were successfully Downloaded and Added to the Creative. 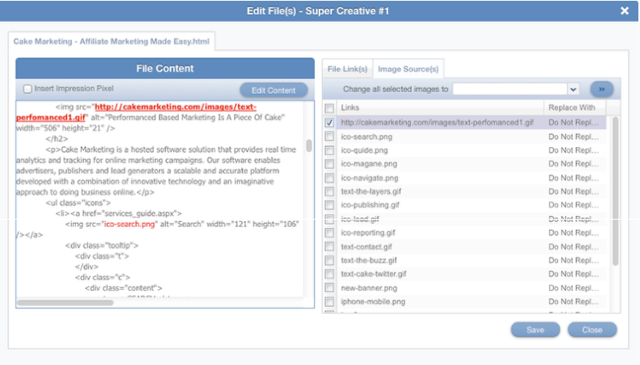 Upon successful Download of the Images, the "img src=" will be pointed to the Relative Link (versus the Absolute Link: "andy.jpg" vs. "http://supergoodlookingcakers.com/andy.jpg"), since those Files will now be included in the Creative Pack and no longer need to reference the URL where they previously resided.

In the above example, because the first File errored out on Download, it was not Changed to the Relative Link, whereas the rest of the Images were Changed. 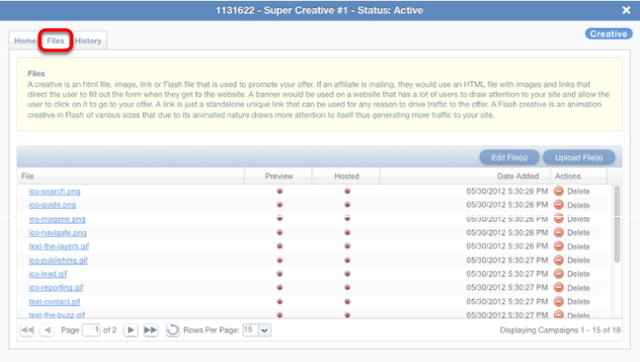 All of the Downloaded (and Uploaded) Files are now showing in the Files Tab of the Creative.

Things to Watch For - HTML + Files 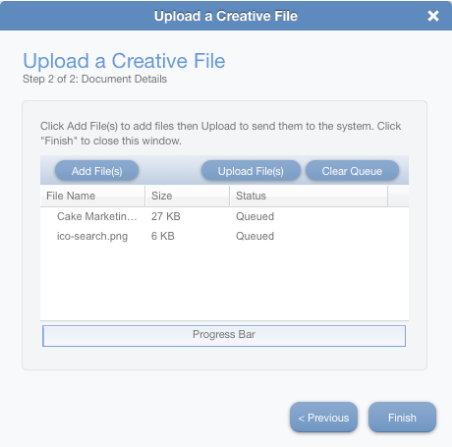 Files are Processed/Links Downloaded in the order that they are Uploaded, so if you were to Upload an HTML File, with the intention of having the Linked Files Downloaded, as well as local copies of those same Files, the LAST Processed File will be the one that persists.

In the above example, the Uploaded copy of "ico-search.png" will be Processed after the version that is Linked in the HTML, so it will be the one that is included in the Creative.

Things to Watch For - Hotlinked Images

Because some Web Services do not allow people to Download their Images without being on their Web Page ("hotlinking"), it is possible that some of your Creatives might not look correct. CAKE Basic recommends that you visually inspect your Creatives to ensure that they are in good working order after Upload/Download.

Did you find it helpful? Yes No

Send feedback
Sorry we couldn't be helpful. Help us improve this article with your feedback.